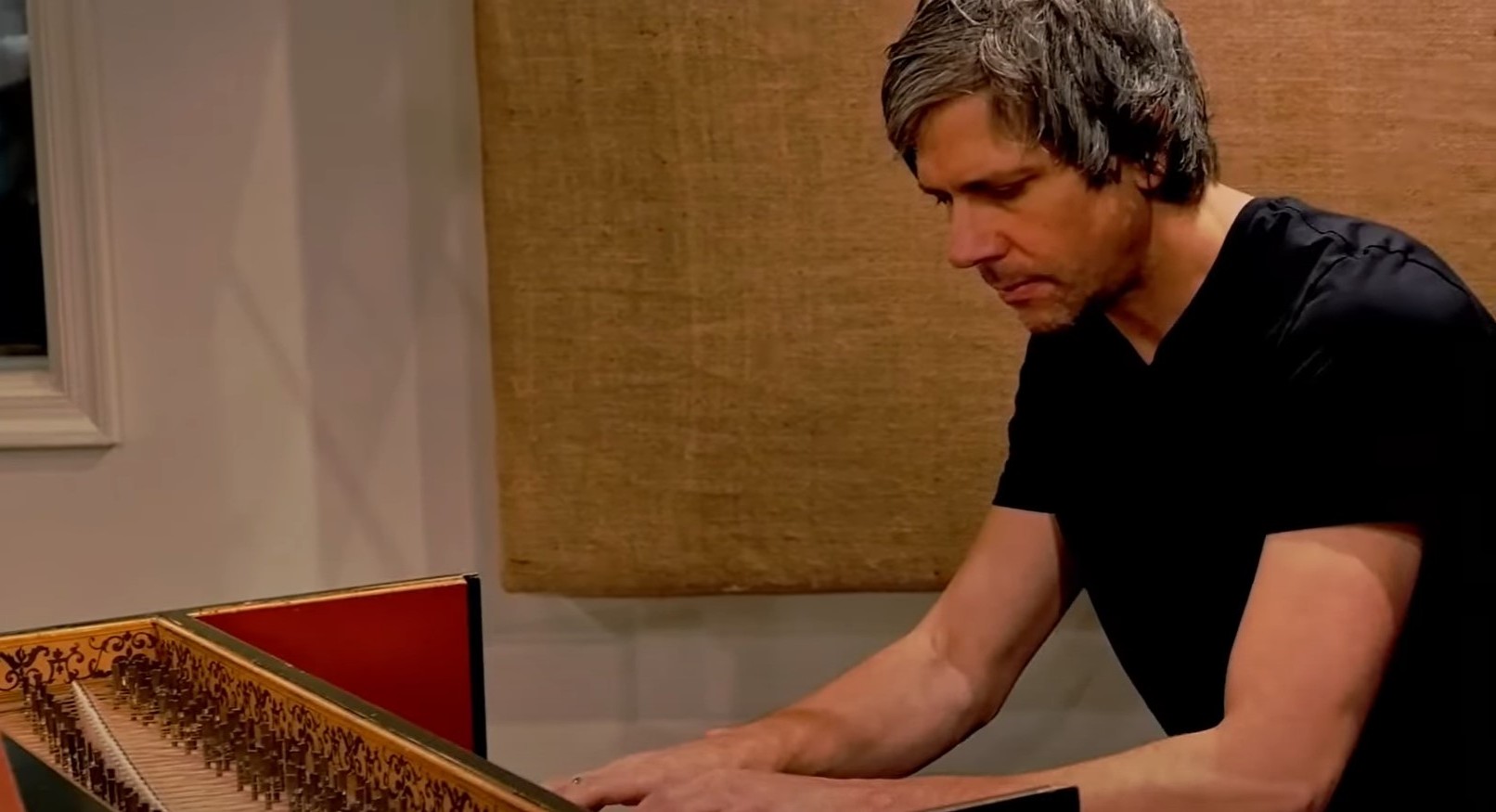 A bit of background from George Hazelrigg

“My primary music training started when I was four years old, which is not uncommon. What is uncommon is the fact is that it began on harpsichord, as our house was too small for a proper piano, and my parents were into Baroque music at the time. I continued to study harpsichord and organ until the age of fifteen, at which point I became a rebellious teenager and dove into rock and jazz. But, my training on harpsichord still informs everything I do today.”

George continues: “I don’t play harpsichord much anymore, simply because there’s too many things to do now, but I wanted to record a solo piece to attempt to tackle what I consider to be the biggest challenge as a recording engineer: To capture a natural, musical – and frankly not annoying – harpsichord sound. The sound of a harpsichord naturally includes very harsh transients and high frequency harmonics that splinter in every direction, while producing distracting noises from the keyboard action, most notably in the lower frequency ranges.”

The team began the project by reaching out to Gavin Black to borrow his two-manual, German-style harpsichord. George describes this unique instrument as being the “best-sounding and worst-playing modern harpsichord” that he’s aware of and is also the instrument that was used in 2007 when the Hazelriggs and Gavin teamed up for a recording of a two-harpsichord arrangement of J.S. Bach’s “The Art of the Fugue.” George began by spending a few months getting reacquainted with the instrument and, as he occasionally moonlights as a harpsichord tuner/technician, did some minor regulation to the action and changing a few strings. 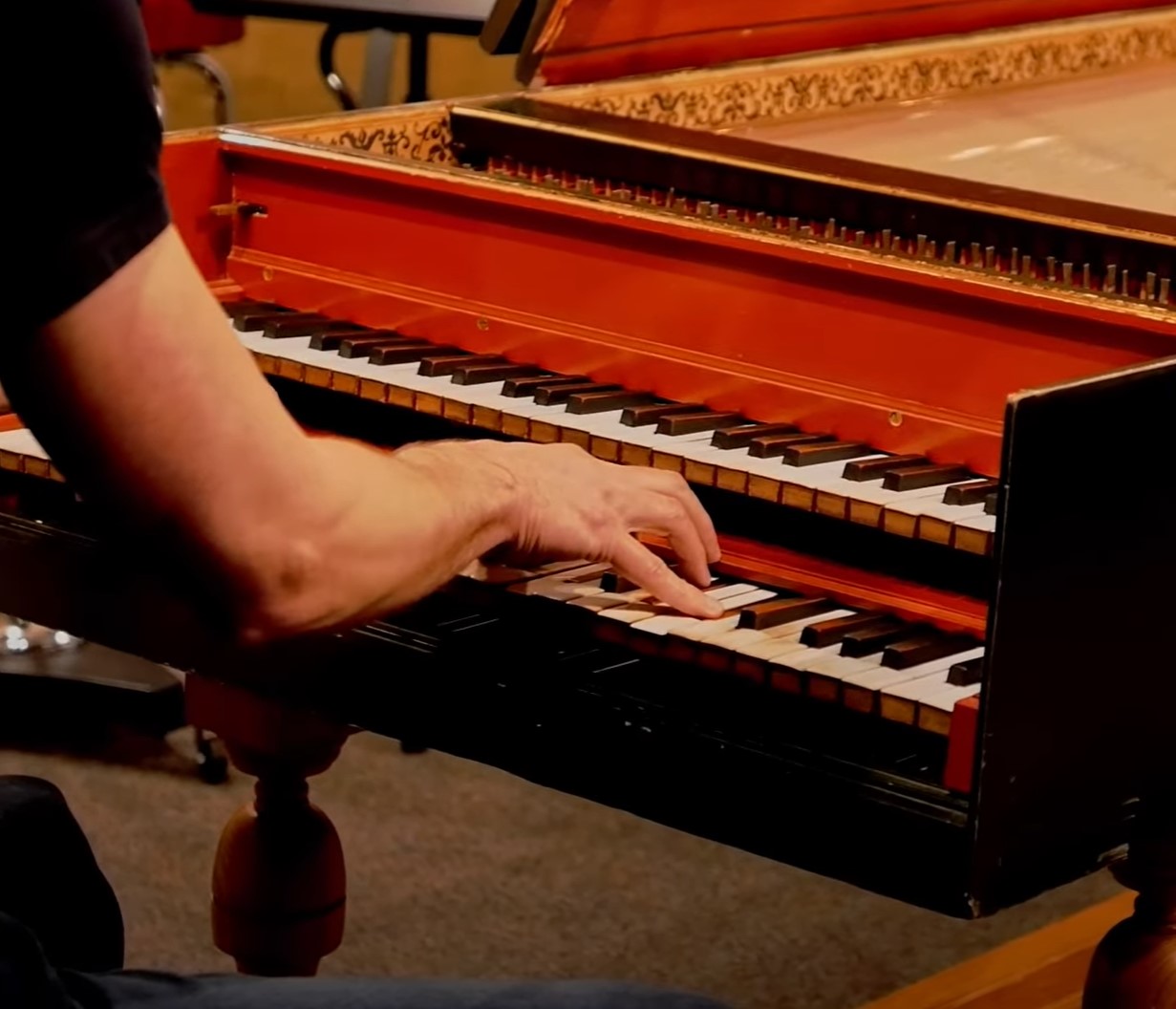 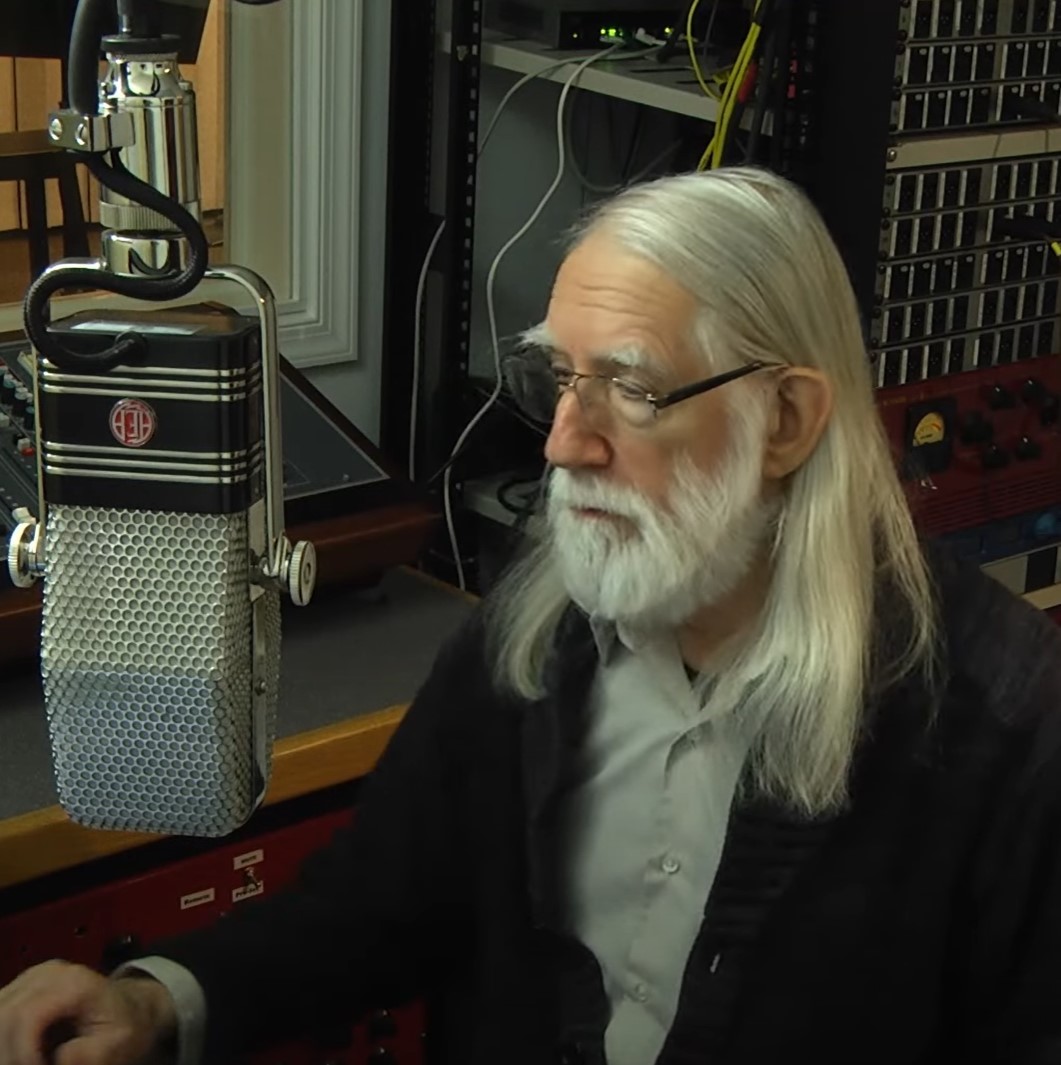 Naturally, Doug Fearn was the first and only choice to engineer the project and the team gathered at Doug’s home studio in West Chester, PA. Doug is a true master of hanging microphones on difficult sources and he and the team spent two days working to determine how best to capture the sound you hear in the video. In the end the recording chain ended up being a pair of AEA R44 ribbon microphones in a Blumlein configuration, placed a few feet from the rim of the harpsichord as the team felt that ribbon mics were the best way to go due to their ability to handle harsh transients and high frequencies, while still delivering an overall natural sound. These ran to a D.W. Fearn VT-2 stereo microphone preamplifier patched to a VT-5 stereo equalizer to do some light shaping, reducing some unwanted low frequency  noises from the action and case without losing any tone from the instrument. The VT-5 also tamed a few high frequency overtones which were deemed unpleasant. Finally, the audio was captured as 11.2 MHz DSD using a Merging Hapi A/D converter and Pyramix software. George notes that this format we selected as: ”We believe DSD is the best sounding recording medium available today.”

George went on to say “the piece I chose to play is J.S. Bach’s Chromatic Fantasia and Fugue in D Minor (BWV 903), and I have worked on playing it off an on since I was about ten or eleven years old. I selected a somewhat unorthodox registration of a single 8’ for the Fantasia and coupled 8+8’ for the Fugue. I cheated by running a roll of damper felt through the 4’ register to prevent it from ringing. During the session, Gavin and Geoff monitored the score and made performance notes as George ran through the pieces for a couple of hours. Geoff and George then assembled the final edit working in native DSD ib Pyramix. It’s also worth noting that there is no added reverb. What you’re hearing is just the raw, direct sound in a room with few acoustic reflections. In George’s opinion, the end result is the closest thing to hearing the instrument live in the room. 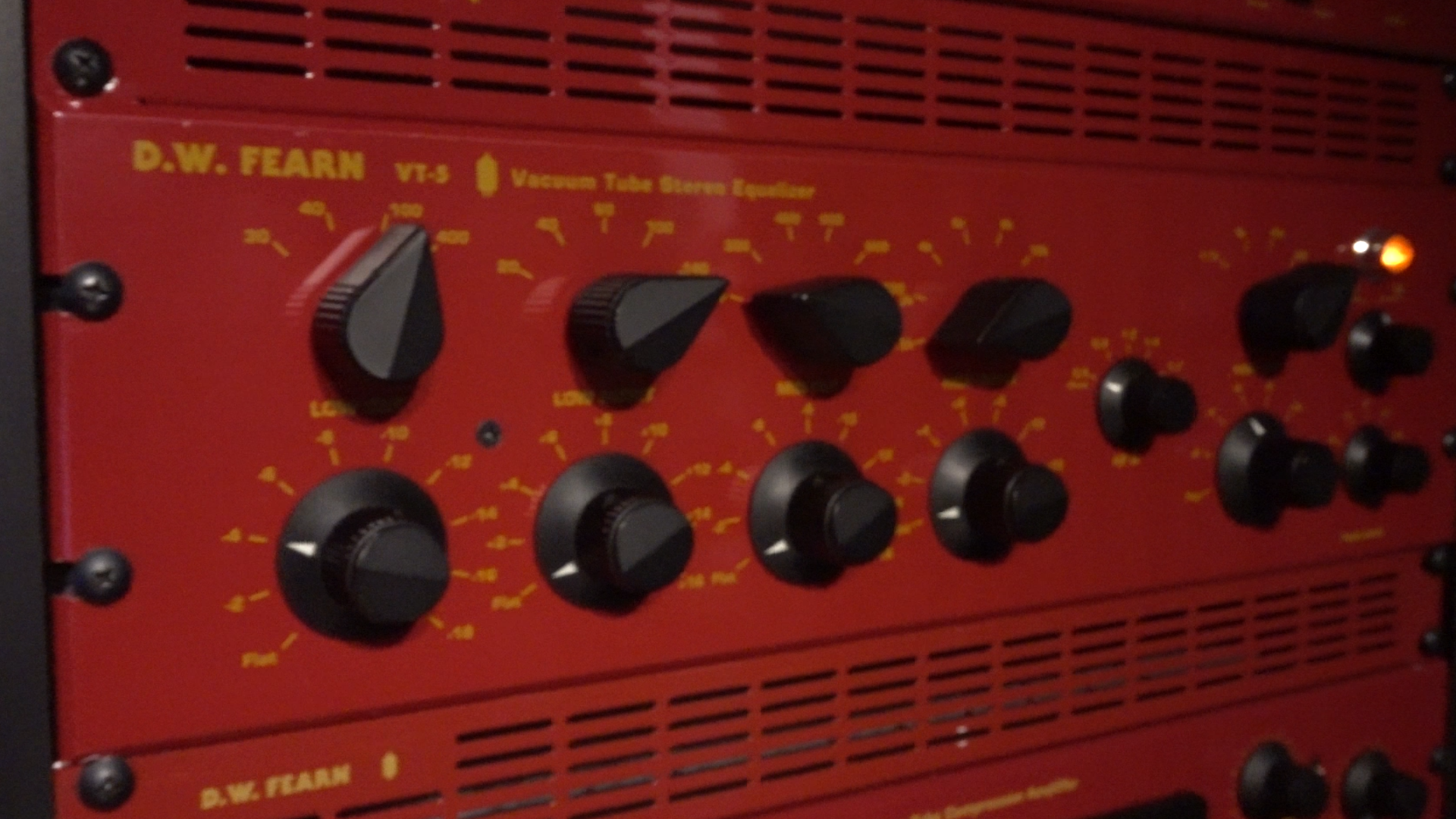 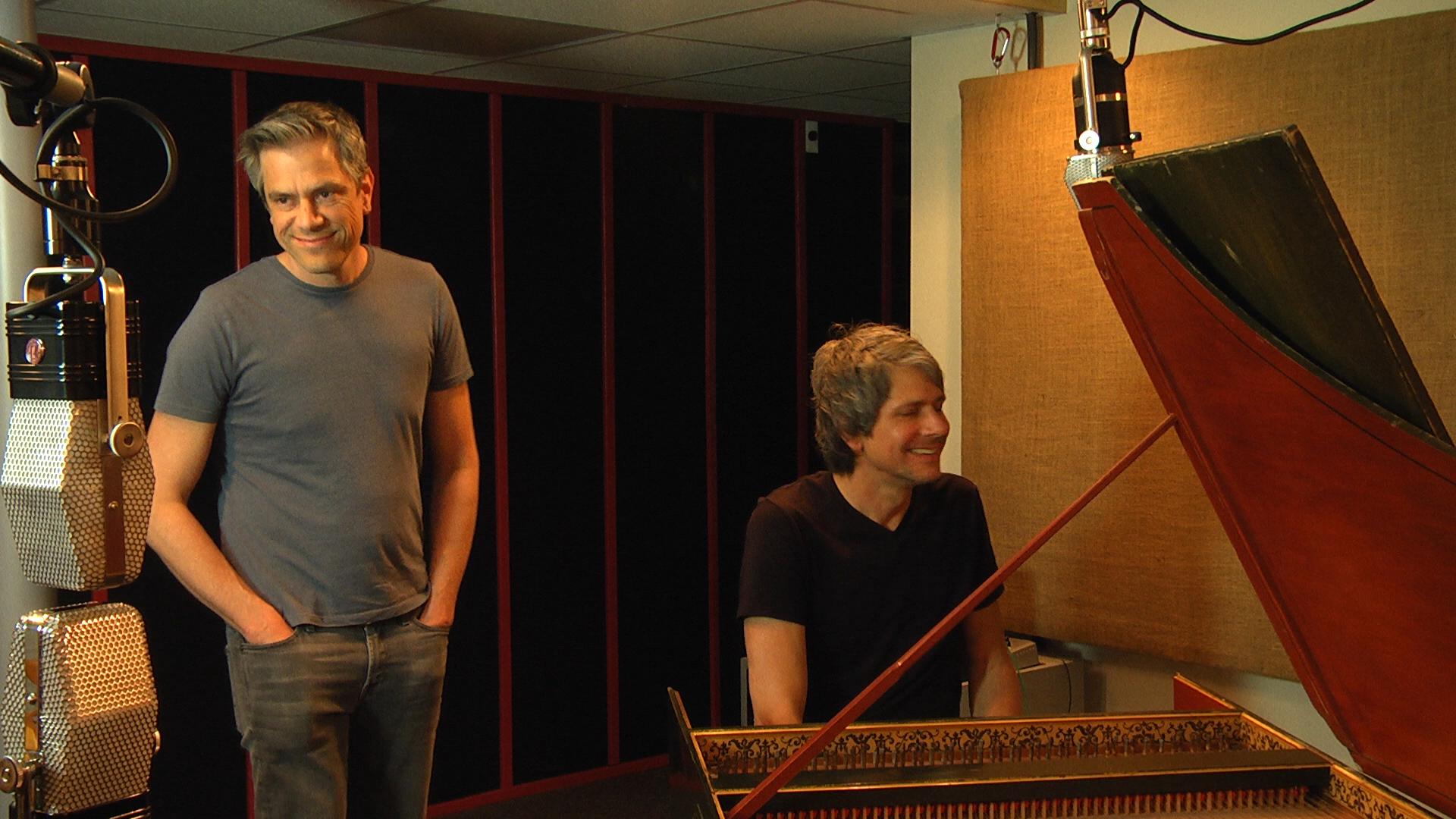